Home » Blog » How to Handle Moving During Bad Weather 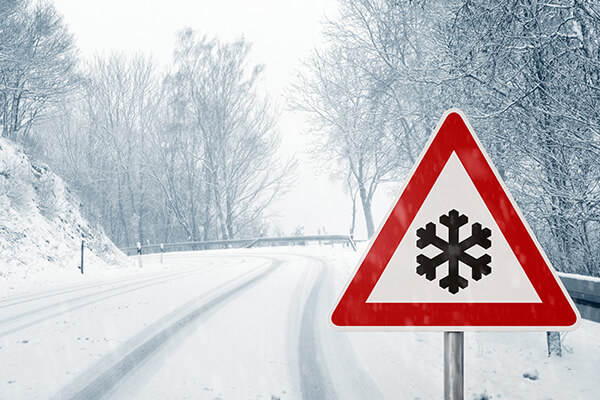 How to Handle Moving During Bad Weather

September is traditionally hurricane month and this year has been no exception. Even though this might not seem a major threat to mostly landlocked Chicago, think again. In 2012, Hurricane Sandy hit New York and the surrounding areas hard enough so that even homes well removed from the coast had to deal with significant flooding due to overflowing lakes and rivers, of which Chicago has plenty. Whether it’s flooding waters, a nasty storm, or a blistering blizzard, here’s what to do if you find yourself in the middle of a weather disaster when moving.

What to Do When Moving During a Weather Disaster

When a storm or blizzard hits, no matter how bad it can be, it’s easy to worry about missing your move-in date or losing your security deposit due to not being able to move out on time, which can be a common moving day mistake. The thing is, you truly aren’t alone as thousands of others who had planned to move when disaster struck are unable to do so. The vast majority of landlords and property owners will understand that it would be unsafe to move during a weather disaster and thus you do not need to worry about braving the elements. Simply stay in touch with all of the involved parties and communicate about possible alternative solutions. No one wants to get hurt during a move and a weather disaster makes it very clear when a move is just not possible. Roll with the punches and avoid putting yourself in unnecessary danger.

When moving during a weather disaster, you have two homes to worry about and to make sure they are fortified against the impending storm. After all, you don’t want to lose the security deposit on your current home because you didn’t take the time to fortify all the windows and protect against potential flooding. The same goes for your new home; you may not be able to take possession of it before the storm hits so always have a back-up plan if you’re unable to move into the new home if it experiences damages. You do not want to be without a home once the skies have cleared.

As we mentioned above, when you’re rendered stuck by bad weather, chances are everyone else is as well. Of course, that doesn’t mean you should just keep quiet until the weather improves. Talk with everyone involved, from your professional Chicago moving company to your property managers for both properties to ensure that everyone is on the same page. One of the worst things you can do is to make baseless assumptions during a weather disaster, such as thinking that your moving company will be ready to reschedule at your whim once the weather has assed. Avoid such assumptions by keeping in touch with all of the concerned parties and making sure you have a plan in place for when things get back to normal.

4. Move What You Can into Storage

Weather disasters are one of the reasons to consider renting a professional storage unit, especially one that is elevated above ground. Professional storage units must be able to keep your items from damage and thus they are often specially fortified agains the elements. As soon as you learn of the impending weather, assess whether any of your belongings are at risk and if so, move them into protective storage as soon as possible. After all, during a storm your priority should be on keeping yourself and your loved ones safe, not your possessions. So take care of those beforehand to save yourself considerable stress later on.