Home » Blog » Guide To Moving To Chicago From NYC 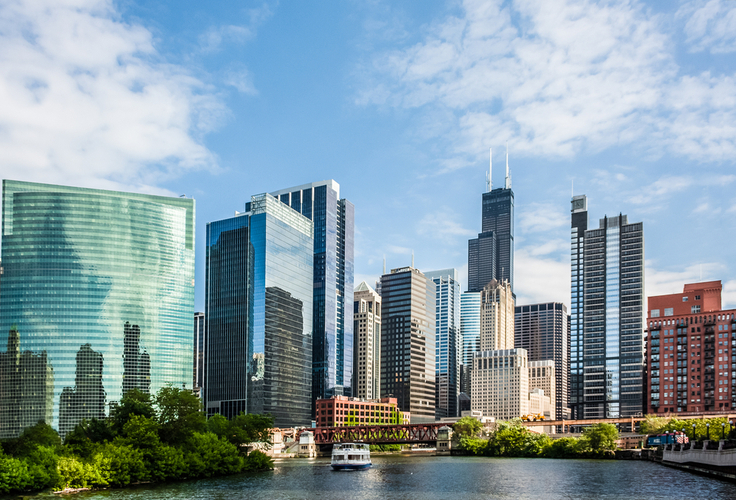 Guide To Moving To Chicago From NYC

From the Big Apple to the City of Big Shoulders. If only it were as simple as that slight adjustment to local nicknaming convention. But moving from New York to Chicago can be challenging and life-changing. Making smart choices each step of the way can turn the transition between the East Coast center of the world and the cultural center of America’s heartland into a stroll in the park — Lincoln Park, that is, not Central.

For native New Yorkers, moving to Chicago from NYC might seem like downsizing. Yes and no. With more than 8.2 million people packed into 300 square miles, New York’s population density is 27,400 per square mile. Chicagoans, not quite 2.7 million of them over 227 square miles, enjoy much more elbow room (11,783 people per square mile).

Some other notable differences between the largest and third-largest cities in the United States include:

Climate: Chicago, like New York, will give you all four seasons. Its winters are colder; thus, snow tends to stick around longer after it falls. You will become very familiar with the concept of wind chill. Summers, like those in New York, can get muggy and hot.

Taxes: Chicago has higher property taxes, but lower property values. Chicago has one of the highest sales tax rates in the country, at 10.25%, but its income taxes are half of New York’s.

Getting around: Chicagoans, despite a robust public transit system, own cars at roughly double the clip that New Yorkers do. While its neighborhoods are very walkable and the city as a whole has long ranked among the most bike-friendly in that nation, car ownership is the norm.

A world-class city in every respect, Chicago has:

Famously, Chicago is a city of neighborhoods. Seventy-seven, to be exact — though the city officially calls them “community areas” and thinks of “neighborhoods” as a less formal variant.

Do you want to be close to work, museums and the theater district? Maybe you’re looking for a high-rise condo in the Loop, or a South Loop loft.

If you’re a frequent flyer, the suburban sprawl around O’Hare International Airport may be your destination.

Looking for the hippest neighborhoods? Wicker Park, Bucktown, West Loop and the Fulton River District are perfect for renters interested in great dining, shopping and clubbing.

If a forever home is at the top of your wish list, Beverly, Lakeview, Hyde Park and Old Town are loaded with quiet streets and well-tended housing stock.

Thinking lake views and luxury? The Gold Coast, Lincoln Park or Streeterville might be your choice.

The point is, while moving to Chicago from New York is certain to require cultural adjustments — for the pizza alone — Chicago itself can shift cultures by the block.

When You’re Ready to Make the Move

At its simplest, a move to Chicago from New York is an 800-mile, 12-hour straight shot west on Interstate 80. But it’s going to run you somewhere between $2,500 and $5,000, and the distance between those price points can get complicated.

The cost can vary based on many things, including the time of year you’re moving, the size of the move, the origin and destination ZIP codes and the services required (a basic move, partial packing services or a complete pack-and-move).

In reality, the moving process should start several months before hitting the road. The first thing anyone should do in anticipation of a move is declutter. Things kept for no reason (or that “just in case” that never comes) should be purged. And if it’s still in the box from your last move, you know you don’t need it.

Next, shop for a mover well in advance. The good ones will book desirable dates quickly. Ask questions. And simply ask for help. Real professionals will be able to fill in all the gaps in your knowledge, from providing checklists to outlining their process to offering advice on moving with kids.

Make sure to discuss insurance. By law, professional movers are required to offer free liability coverage. Based on weight, this coverage would pay up to 60 cents per pound for a damaged item (so if your $500 tablet gets crushed, you’re on the hook for about $499 on the replacement cost). Full-value protection is another federally required option that can be purchased at an additional cost and is generally recommended.

Move to Your New City With New City Moving

Moving ranks as one of the great stressors in any person’s life. Having movers you can trust will relieve some of that stress.

Since launching in 2009, New City Moving has quickly climbed the ranks to become the highest-rated mover in Chicago. We have completed more than 70,000 moves, providing storage options where necessary, and can supply you everything you need, from boxes to packing help to full-service packing and unpacking — all with courteous, careful and rigorously trained moving professionals.