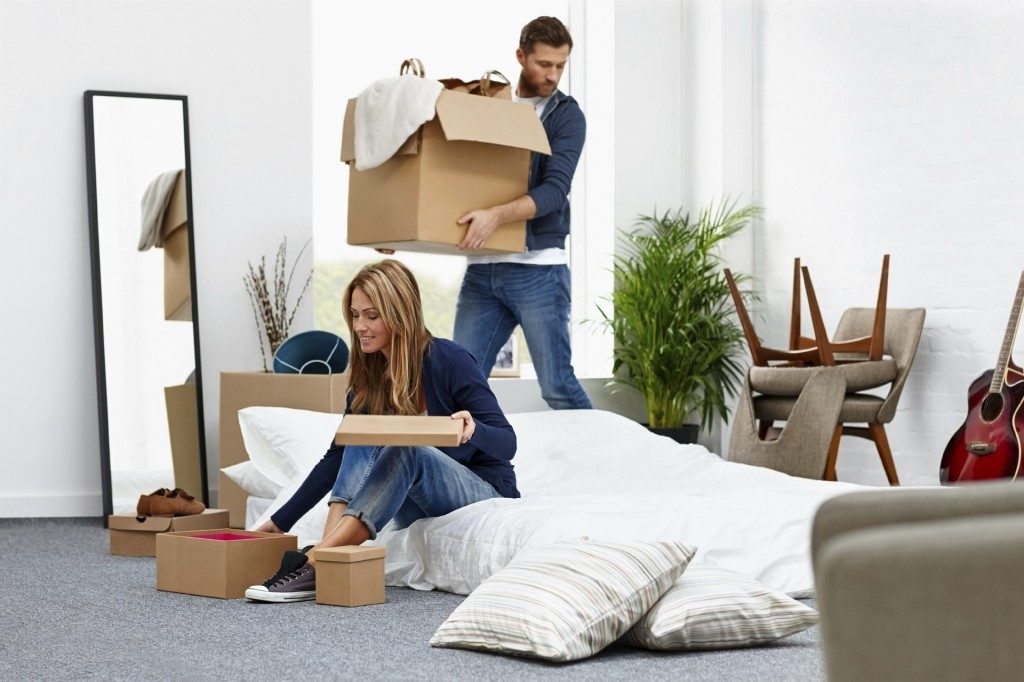 Following up on our post from earlier this week that took a look at some key tips for moving into a Chicago high-rise apartment, it only made sense to look at another common move that we see young women and men in their thirties typically making for the first time: moving into their first home.

As any home move, let alone one’s first, is a considerably more involved and tricky process, below we’ve laid out four crucial tips to help you make that move into your dream home (or just the first step towards it).

1. Have an Inventory to Keep Track Of

As we’ve discussed before regarding moving valuables, taking an inventory of not just your valuable items but everything that you’re moving is one of the best ways to ensure that the unpacking process is not stressful. If this is your first home you’re moving into, chances are you will have considerably less to move if you’re moving from an apartment. That said, no matter how much you have, taking the time to make a detailed inventory of all your belongings will make the rest of the moving and unpacking process far easier. This way you won’t have to depend on your memory, but can rather simply consult your list, freeing up the mental space to deal with the many other things to keep track of during a move.

Whether you’re moving into a new apartment or home, it always helps to have a box or boxes containing everything you need to get your new home up and running. Unlike an apartment, however, this “go” box will likely contain some different items, especially if you’re moving in with a significant other or have kids to manage during the move as well.

So what are your home essentials? These are the items you know you will need that first day or days of living in your new home, from toilet paper to dish soap that everyone in the house will need to personal boxes containing toiletries, clothes, medicine, and perhaps a few items like a book or tablet to keep you occupied until the big entertainment center or main computer are set up. Don’t go overboard with your box of essentials; a good rule of thumb is that there should be one bigs box of essentials for the whole house and each person moving should be able to pack all of their essentials into her or his own medium-sized box.

3. Get the Kitchen and Bathroom Running

As we’ve mentioned before when it comes to unpacking tips for an apartment, your kitchen and bathroom(s) are the command centers of the house, so to speak. If you’re not able to assemble a meal or use the bathroom as needed, then the rest of the unpacking process will become considerably more difficult. So when you’re packing for your move, assemble boxes of bathroom and kitchen essentials to get both rooms up first so that you can then focus on moving down the list of other rooms to unpack, likely moving onto the bedrooms next.

And be sure that each box is clearly and distinctly labeled so that you can not only pick out the priority boxes first, but know which of those to unpack and in which order as well.

4. Focus On Your Priorities

Lastly, when it comes to unpacking tips for your new home, you’ll likely have a lot more space to take into account, which presents plenty of opportunities to procrastinate on those less fun, but arguably more important unpacking tasks. For instance, while you might be itching to set up your cool electronics, have you unpacked your cupboard box so that you at least have cups to drink your coffee and other beverages? Also, while it may be tempting to start unpacking your storage space or garage items, this simple but often labor-intensive task can easily come last as those are the items you likely won’t be needing anytime soon. But you will need certain documents with which to set up your new internet and get the new home running, so identify what unpacking steps should come after you get past the essentials and your kitchen and bathroom to ensure that when you do set up your exercise bike or laptop, you have the right plugs and wires in place already.

Ultimately, unpacking for a new home, like so much of moving, comes down to having a clear plan and sticking to it. This means that you need to plan well in advance. But by getting an early start and taking the time to properly label and pack your boxes as efficiently as possible, you’ll find the unpacking process to be far easier than you might otherwise expect!